Rossbrook House is proud to announce that Sister Gerry has been selected to receive recognition as a Manitoba 150 Women Trailblazer award recipient. 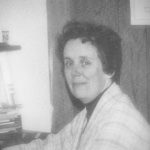 In partnership with the Winnipeg Free Press, the Nellie McClung Foundation introduces the 150 Manitoba Women Trailblazer Awards. Saluting the contributions that Manitoba woman have made to social justice, arts, sports, politics, community activities and promoting democracy while developing this great province.

These Trailblazer Awards will honour Nellie McClung’s vision by recognizing the spirit of her life’s work being advanced by women leaders of today or throughout Manitoba’s history.

Her teaching career began at Norberry School in St. Vital.  Sister MacNamara was a born educator. Her knowledge and respect for people and her astuteness and clarity of thought evoked the admiration of her students and colleagues. It was a surprise to both when she announced she would not be returning in the fall, but would be entering the Sisters of the Holy Names of Jesus and Mary.

After two years of study in Montreal, she returned and continued to teach high school for the next seven years in Winnipeg, Flin Flon and St. Boniface. Students were fascinated and challenged by her. Her tremendous energy poured over into extra curricular activities: sports, talent nights, yearbooks.

Sister MacNamara resumed her studies in the Faculty of Law at the University of Manitoba in 1971. She was motivated by a deep desire to be of greater service to the people of the inner city. She articled at Legal Aid, specializing in criminal law and became very familiar with the Provincial Judges Court. Her LLB was awarded in 1974.

While living and working in the inner city, Sister MacNamara became intimately acquainted with the youth of the area. She had a great deal of respect for these young people who had suffered so much. She admired their courage and creative intelligence. She knew that solutions to their problems and the power to bring about change in their lives rested within them. What they needed was a chance to make their dreams come true.

With indomitable energy and wit she set out to find an empty building which could be converted into a centre. In January 1976 Rossbrook House officially opened its doors. The staff were drawn from the youth of the area. 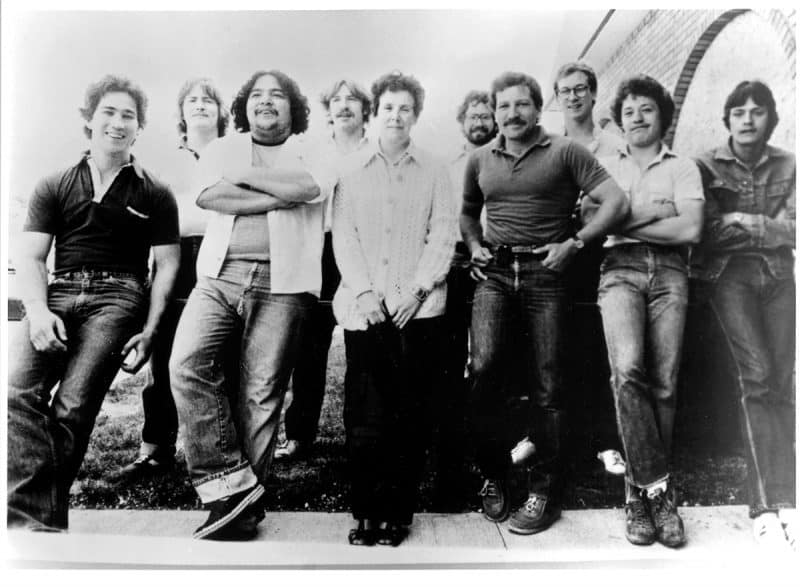 In 1983, Sister Gerry was presented with the University of Manitoba Distinguished Service Award, the Solicitor General’s Crime Prevention Award and the Order of Canada. 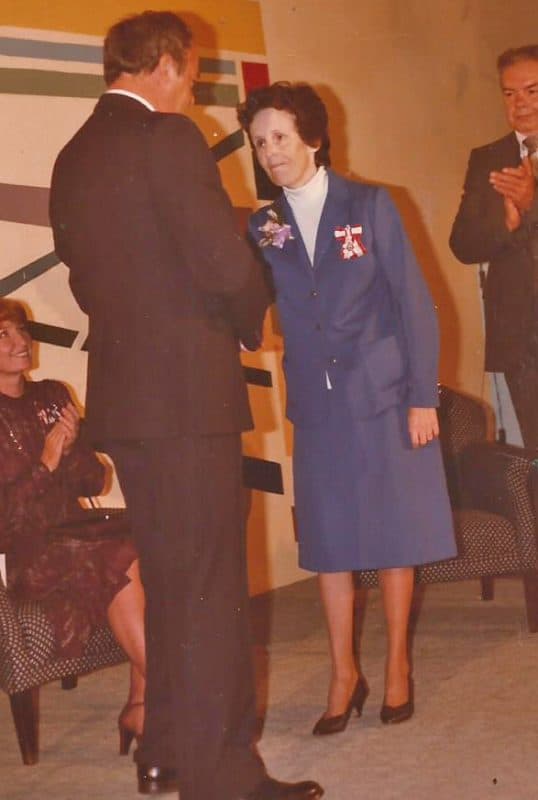 This faithful friend who never could or would forget her people died at the age of 45 on February 20, 1984. 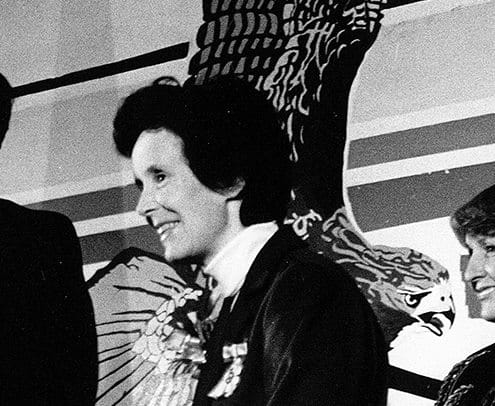 In 1997, Sister MacNamara was inducted into Winnipeg Citizens Hall of Fame created by the Winnipeg Real Estate Board. A bust of Sister Mac can now be viewed along the formal garden’s walkway at Assiniboine Park among those of other prominent Winnipeggers.

Not a day goes by at Rossbrook House that Sister Mac isn’t thought about with great affection.

Sister Gerry’s own words are the vision for Rossbrook House:

‘No child who did not want to be alone, should ever have to be’.

The great accomplishments of all of the award recipients along with the names of those who were nominated will be celebrated through a virtual book. The virtual book will be released on International Women’s Day, March 8, 2021.

The Nellie McClung Foundation was created in order to acknowledge and raise awareness of the contributions of Nellie McClung and her “famous” friends, who assisted in advancing the cause of women in this province and country, and who created opportunities for all citizens for generations to come.