Saying Goodbye is Not Easy

The spring of 2019 the Rossbrook House community will be saying farewell to two long-time members.

Sister Bernadette O’Reilly and Sister Margaret Hughes (Sisters of Sion) will be leaving the city that has been their home for 40 years to join the Sion community in Saskatoon. 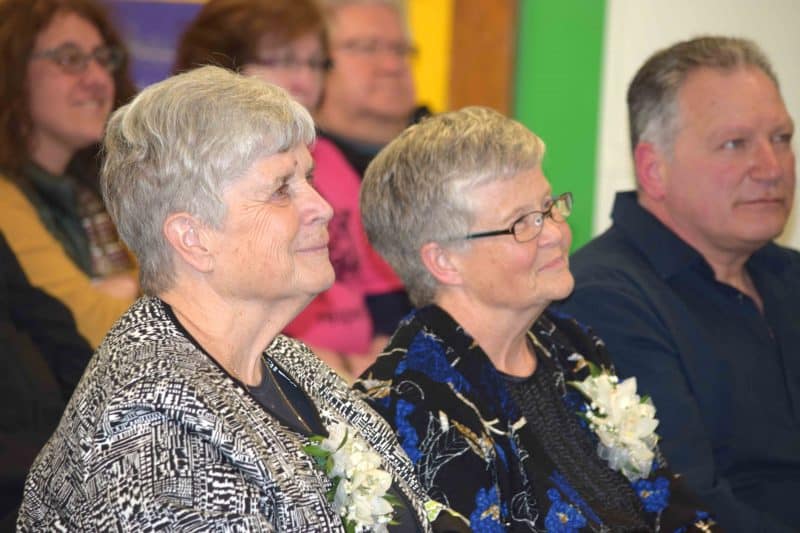 Sister Bernadette O’Reilly and Sister Margaret Hughes at their farewell concert at Rossbrook House in 2019.

It’s hard to imagine Rossbrook House being what it is today without their influence. And it is equally as difficult to imagine them not being present at every future event. They are the first to offer assistance for every special occasion.

Sister Bernadette came to Winnipeg in 1979 from Toronto. With three of her Sisters of Sion, she answered the call to create a community in the inner city of Winnipeg. She brought her passion for teaching to the alternative junior high school Eagles’ Circle and, at the request of the graduating students, created the high school Rising Sun.

Sister B (as she is affectionately called at Rossbrook) helped to shape and guide Rossbrook House after Sister Geraldine MacNamara passed away. She and Sister Lesley Sacouman became Co-Executive Directors, a position Sister B held until her retirement in 2006. At that time family members created the Sister Bernadette O’Reilly Post Secondary Scholarship. Two students have received this scholarship each year ever since. 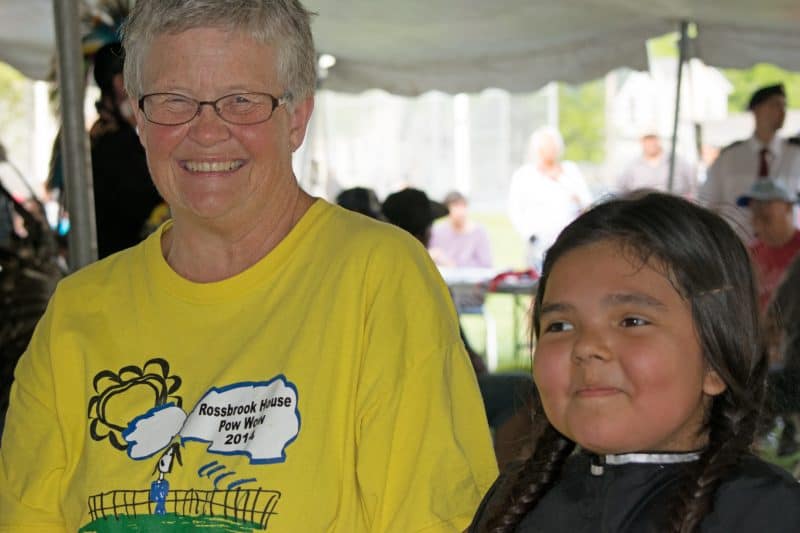 Sister Margaret, originally from Edmonton, also came to Winnipeg in 1979 to create the new Sion community. Thanks to her dedication and fortitude the alternative elementary school Wi Wabigooni was established. She was a teacher there for over 30 years, sharing her sense of humour and caring nature with hundreds of students, before retiring in 2015.

She was involved in the creation of the annual Rossbrook House Pow Wow.  In 1982, it began as a thank you to the community for welcoming Wi Wabigooni. Over the years it has continued and grown with Sister Margaret at the helm. Both Sister Margaret and Sister Bernadette were there each year helping the participants to dress in their beautiful regalia and leading them out into the field. Just recently Sister Margaret has passed the baton to her former Education Assistant, Sheila Chippastance, knowing that the Pow Wow is in good hands. 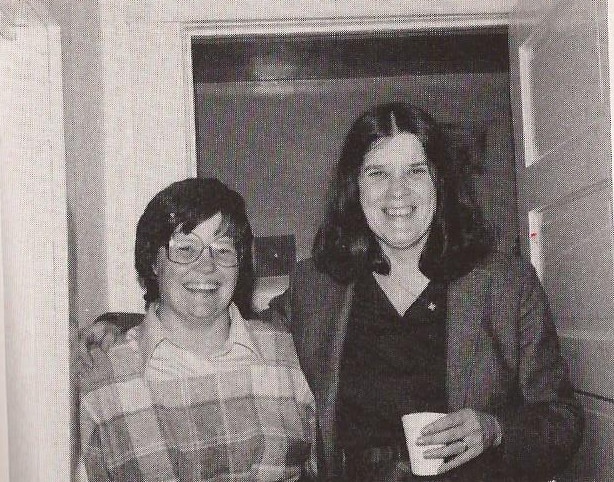 Thank you Sister Bernadette and Sister Margaret for your guidance, your kindness, and your unwavering support and friendship! We will miss you and be forever grateful. 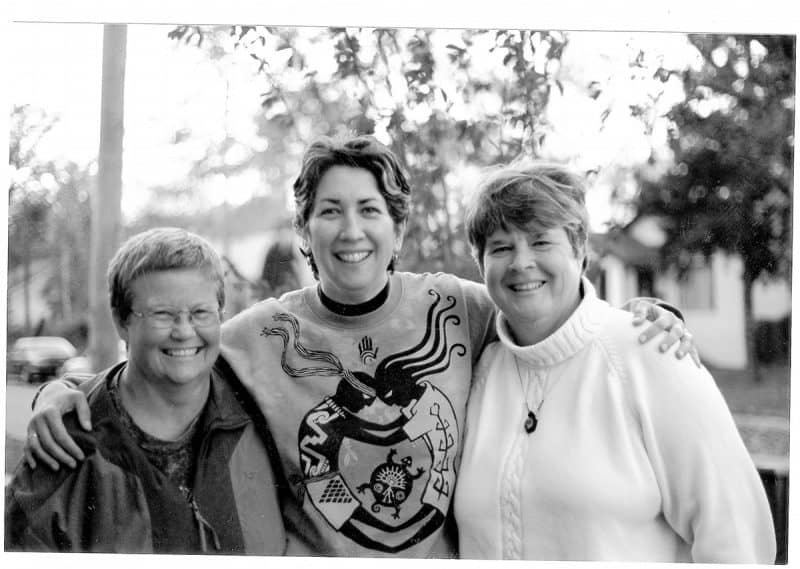 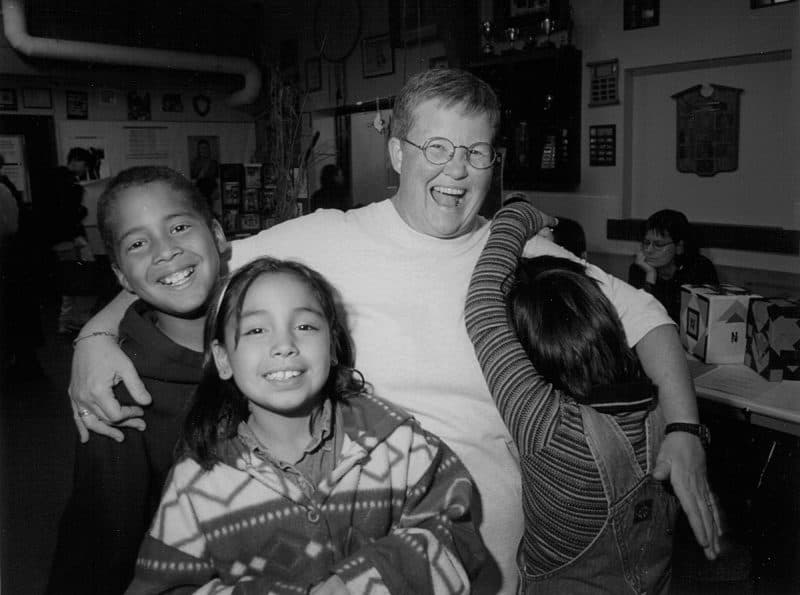 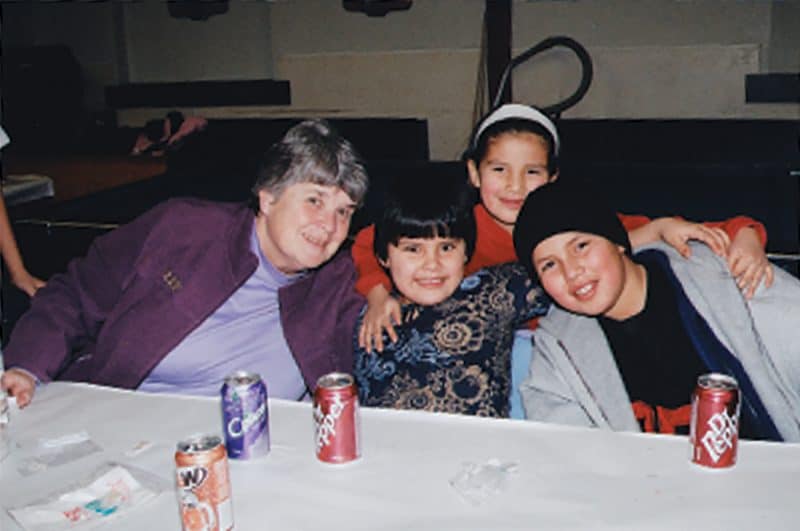 Sister B with participants at Rossbrook House