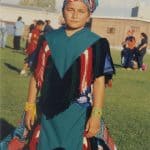 In the early 1980’s Millie Stonechild began to work with a group of students at Eagles’ Circle, sharing teachings and culture. In the process the students began to learn pow wow dancing.  The first Rossbrook House Pow Wow was held in 1982 in a church basement with taped music playing on a cassette player. Wi Wabigooni students joined with the Eagles’ Circle dancers for that pow wow.

From those beginnings, the involvement grew to include Rossbrook participants and community dancers.  In recent years the event has been held outdoors, under a tent, in the field across from Rossbrook House.

The participants and students of Rossbrook usually begin practicing in March to be ready for this annual event that happens every May. Some of the children and youth would be dancing for their first time. For others, like 11-year old Drayton Perrault, it would not be their first Pow Wow.

“I dance because it’s part of my culture. I love to dance. It gives me a chance to express myself,” Drayton said.

Drayton has been Pow Wow dancing for years. The Rossbrook House Pow Wow was his first. He learned from watching others dance and through a variety of Pow Wow clubs. “He dances with his heart,” his mother Shannon Allard said. 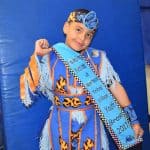 “Dancing represents me and my family,” he said. “I like getting ready for the Pow Wow with my friends at Rossbrook.” Pow Wow dance also shows Drayton how to be a leader. It instills confidence and knowledge about his culture.

The regalia usually worn by many of the Rossbrook dancers are a part of the legacy of the Rossbrook House Pow Wow, worn for generations of children and youth. They were first crafted by the students of Wi Wabogooni and a volunteer named Emil Her Many Horses, an Oglala Lakota from South Dakota.

Drayton’s regalia is his own creation, his vision, and was made for him by his mother.

Fifty to seventy adult community dancers would usually take part, as well as several veterans and a number of drum groups. Many community and city leaders lead the dancers in the Grand Entry.

We look forward to sharing the power of this beautiful dance, and the Indigenous culture of so many of the Rossbrook House participants and students once again at a future time. 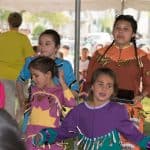 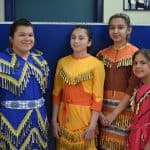 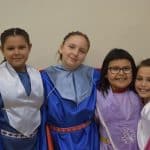 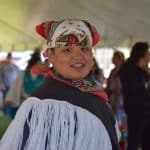 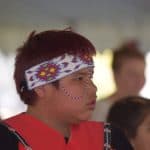 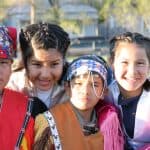